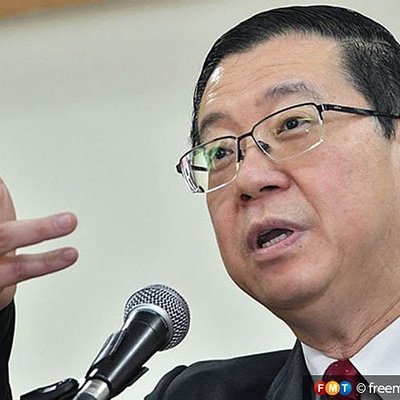 pada 29/8/2020 - jumlah : 130 hits
RM6 28 billion were direct awards given under BN which PH was forced to continue or take over The figure is not RM6 61 billion as claimed he said adding that this was only 0 07 of total government procurement under PH Former finance ministe...

papar berkaitan - pada 29/8/2020 - jumlah : 168 hits
Former finance minister Lim Guan Eng tonight accused his successor of telling a big lie following the release of details of 101 projects that were awarded through direct negotiation under Pakatan Harapan In a tweet Lim said the release of t...

papar berkaitan - pada 4/9/2020 - jumlah : 103 hits
Nor Hizwan Ahmad the political secretary to Housing and Local Government Minister Zuraida Kamaruddin has shown a letter to prove that former finance minister Lim Guan Eng was responsible for a direct negotiation deal attributed to the Housi...

Zuraida Says In The Dark Over Direct Deals Awarded To Ministry

papar berkaitan - pada 28/8/2020 - jumlah : 207 hits
An aide to Housing and Local Government Minister Zuraida Kamaruddin has reiterated that the minister was not involved in the awarding of direct tenders under her ministry s purview Instead political secretary Nor Hizwan Ahmad said the matte...