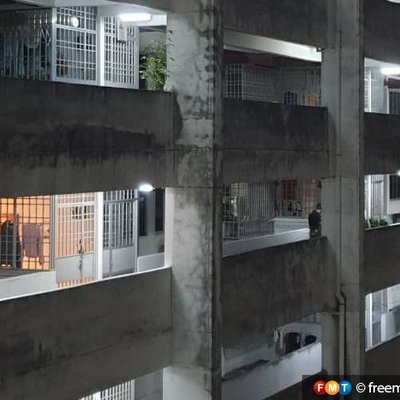 pada 21/10/2019 - jumlah : 186 hits
A police team investigating the site where explosive devices and ammunition were found in a Penang apartment building GEORGE TOWN A police team making a narcotics arrest found what they called two unexploded bombs and 600 bullets in a fire ...

papar berkaitan - pada 14/10/2019 - jumlah : 175 hits
PKR president Anwar Ibrahim has told Penang Chief Minister Chow Kon Yeow to take cognisance of the perception that the Malay base was being eroded due to the controversial reclamation project in the state Anwar also denied that he was incon...

Pkr Teams Up With Penang To Organise Dialogue On Islam Confucianism

papar berkaitan - pada 14/10/2019 - jumlah : 239 hits
PKR in collaboration with the Penang government will organise a dialogue on Islam and Confucianism from Nov 30 to Dec 1 Party president Anwar Ibrahim said the dialogue is necessary as there should not be any discussion that would lead to th...

papar berkaitan - pada 18/10/2019 - jumlah : 225 hits
GEORGE TOWN Withdrawing the degree from University Malaya student activist Wong Yan Ke after he protested against the vice chancellor is against the freedom of speech principle fought by the present government says a Penang exco member Dr A...

Kpmg Admitted To Breach And Negligence