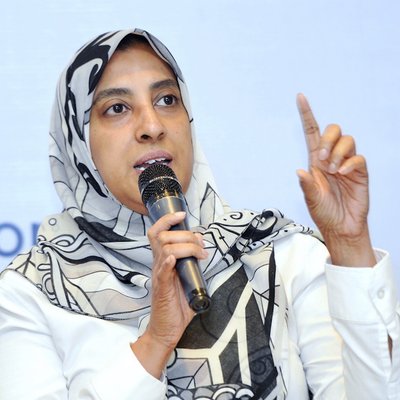 Islam Exists Outside Of Kelantan Too Lawyer Tells Pas

pada 19/4/2019 - jumlah : 201 hits
Hitting back at those who have criticised her outspoken views on wearing the hijab lawyer Latheefa Koya said that they should learn how Islam is practiced all over the world and not just in Kelantan The Lawyers for Liberty executive directo...

papar berkaitan - pada 17/4/2019 - jumlah : 169 hits
PAS has decided not to contest in the May 11 Sandakan parliamentary by election its secretary general Datuk Takiyuddin Hassan said today He said the decision was made by the party s central leadership during a meeting Monday adding that its...

The Knives Are Out For Hadi S Inner Circle

Zikir Ahad Ya Hayyu Ya Qayyum