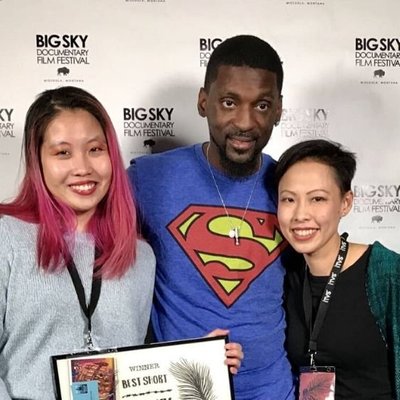 pada 15/1/2020 - jumlah : 106 hits
Cover image via Gempak Digital Spy A film produced by two Malaysian women is currently in the running to win an Oscar From left Cheyenne Tan Bruce Franks and Poh Si Teng Image via Gempak On Tuesday 13 January The Academy announced the nomin...

2019 When Women Leaders Left The Men Far Behind

papar berkaitan - pada 1/1/2020 - jumlah : 90 hits
The year 2019 will generally be remembered for its supine political leadership broken promises compounded race religion rhetoric incitement and provocation and shattered hopes Amid all this dust and depression 2019 will surely be remembered...

What The Future Holds For Malaysian Education

papar berkaitan - pada 12/1/2020 - jumlah : 114 hits
We cannot humanise the future until we draw it into our consciousness and probe it with all the intelligence and imagination at our command This is what we are now beginning to do Alvin Toffler The FuturistsWhether we are aware of not we ha...

papar berkaitan - pada 17/1/2020 - jumlah : 106 hits
KUALA LUMPUR The Youth and Sports Ministry must state its dealings with the firm of a sports official who was among those arrested in a drug party involving the minister s aide activist Asheeq Ali Sethi Alivi demanded today The activist law...

papar berkaitan - pada 8/1/2020 - jumlah : 151 hits
From teaching the students 3D printing and data logging technologies to saving the corals Published for TM 08 Jan 2020 11 17 AM Cover image via TM recently held a three day event to showcase the company s CSR initiatives over the years As a...

In 2020 Let S Listen To The Rulers Not The Politicians

papar berkaitan - pada 7/1/2020 - jumlah : 111 hits
The year 2019 has not been a particularly good year for the nation what with the hike in the cost of living the increase in racial and religious squabbles and the rise in political chicanery No wonder a survey by the Merdeka Center shows Ma...

papar berkaitan - pada 7/1/2020 - jumlah : 117 hits
Cover image via SAYS Alamak Growing up in Malaysia that s an exclamation you ve definitely heard or even exclaimed out loud when you ve messed up or when something goes wrong Typically attributed to the Malay language alamak is often used t...

How To Reset Your Space With Boho Bedroom Decor